Greetings from The Mayor

A message from Mayor Soichiro Takashima 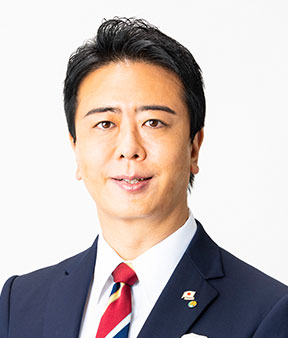 The Enduring Appeal of Fukuoka

Fukuoka’s status as the gateway to Asia is a long story in the making. Ever since the discovery of the 2000 year old golden seal bestowed by China on nearby Shika Island. Fukuoka has continued to make great strides in realizing its dream of being a meeting place for people, goods, and perhaps most importantly, ideas.

Today, we boast a population of over 1.6 million inhabitants, brimming with young minds who flock to our institutions of higher learning and the promise of opportunity. Our active start-up scene has made us well known both domestically and abroad.

With our terminals, harbor, convention zone, and airport all located within 2.5 kilometers of one another we pride ourselves on how easy our city is to traverse with it taking a mere 10 minutes to get from the airport to the main city district by subway.

Our warm and cordial sense of hospitality and bright passion are reflected in our love of festivals, some like the Hakata Dontaku known to be among the largest in Japan. Our varied and world-famous food culture and yatai food carts are uniquely Fukuokan but also well loved by travelers from both Japan and abroad. This blend of the groundbreaking and respect for our traditions make us a city filled with novelty and taste, but refreshingly laid back as well.

Taking advantage this rich background, Fukuoka City has been focusing on attracting and supporting conventions through private and public sector collaboration and has successfully hosted a wide range of events, including major medical conferences (such as the Annual Meeting of the Japanese Medical Association and the 32nd Annual Meeting of the International Urological Association), government-level meetings (such as the G20 Finance Ministers and Central Bank Governors' Meeting), and major international sports events (such as the Rugby World Cup 2019).

Currently, factors such as wellbeing, diversity, and achieving carbon neutrality are becoming important criteria for decision-making globally, and even now we’re seeing how people and organizations from various backgrounds are evolving to meet these requirements. As Fukuoka aims to be "a leading city in Asia in striking a balance between people, the environment, and urban vitality," we will further promote these elements in our tourism and business initiatives.

We can’t wait to host you in Fukuoka!